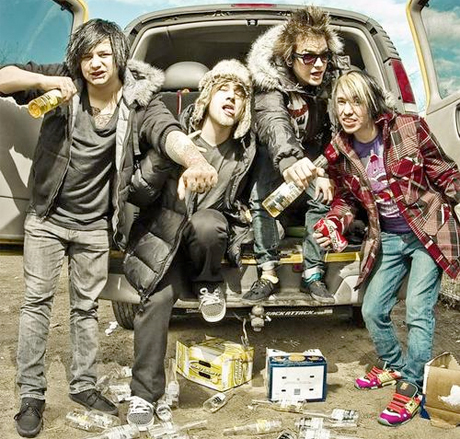 I just finished running an mini-campaign inspired by the Fyre Festival fiasco. The gimmick is expired by this point, but it was fun and some of these threats might be salvageable for other island-based AW scenarios.

It was supposed to be luxurious. Glamorous. Sexy. A week of partying with supermodels on the beaches Isla de Pira. Live shows by brokeNCYDE, Kid Rock, and the Red Hot Chili Peppers. Catering by chefs like Guy Fieri.

But the models, bands, and chefs never showed up. Instead of a week of getting lit, it was a week of picking at sandfleas, sleeping in FEMA tents, and eating creamed corn from a can.

The organizers left early, saying the San Clemente government would evacuate the island. No one ever came. Three months later, you’re still here. There are no boats. There are no planes. The nearest island is 100 miles away. The food and water has long run out, leaving all of you to fend for yourselves.

Things are getting a little weird. People talk of visions of wars and apocalypse, the outside world consumed by flame. A psychic maelstrom howls across the island.

What do you do? 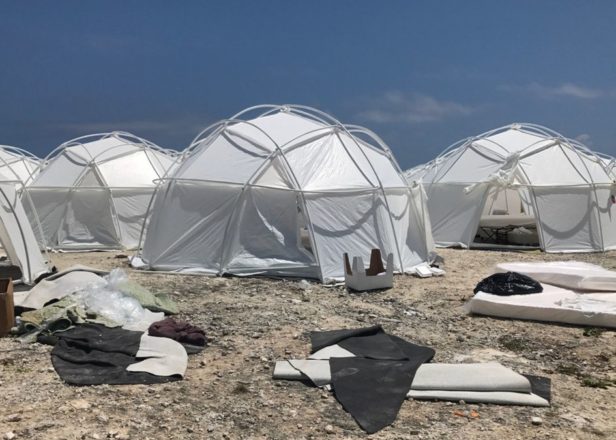 All NPCs came to Isla de Pira as part of Pyre Party. There are no native inhabitants.

Weapons Caches: Left behind by guerillas from San Clemente who once used the island as a staging ground. I decided that before the game started, the Devils had found one cache, and the Hardholder had control over the other. The Devils were a smaller force, but found a cache with more powerful artillery, which helped create a balance of power on the island. There was one other cache in the jungle, but the PCs never found it.

Tent City: Where most of the Pyre Party attendees live now.

The Jungle: NPCs never come back from here. There’s another weapons cache out there, plus the slaver cult.

Cybelle: A 16 year old brainer with bug eyes, a big bald head, and a violation glove. He lives in the jungle and has several mind-controlled slaves working to build a boat to get off the island.

Hell Hawk: A Chopper who leads an all-girl golf-cart gang called the Devils. Has red liberty spikes and paints herself red.

The Devils: An all-girl golf cart gang dedicated to keeping women on the island safe. They paint their skin red with some sort of clay they found on the island. Discovered the better of the two weapons caches.

Psychedelic Crabs: Tend to wash up ashore a ways down the beach from the Tent City camp. Eating one opens your mind to the Psychic Maelstrom.

Nuclear Submarine Wreckage Further down the beach. Didn’t come into play. Would be more useful in a post-apocalyptic game that involves mutations.

Erowid: Dreadlocked trustafarian. Works for the Hard Holder. The only person who knows how to make Red Drank. He tried to teach other people, but identifying the right plants and getting the exact right proportions is extremely difficult and Erowid really isn’t a very good or patient teacher.

Red Drank: Some sort of mildly psychedelic downer. Keeps the party-crazed populace sedated, as long as it keeps flowing.

Skarlet: A member of the Devils, but is more loyal to her brother than to Hell Hawk. Hides a scarred face beneath a hockey mask (she won’t take it off unless coerced). Has multi-colored liberty spikes, paints herself red like all Devils. Wears a long leather duster. Carries a fully automatic shotgun.

Lord of the Flies